first release 2018, Being part of the “grey list” means that the CNMV considers them a “suspicious entity”. so that they cannot make it illegal nor support their services because they are beyond their control. For users, this means that even if they decide to continue working with this establishment, in case of fraud, bankruptcy or other reasons that lead to their disappearance, they will not have the support of the monetary authorities at the time, the invested assets to demand

Most of the companies that appear on the “grey list” correspond to cryptocurrency providers, many of which were founded as purely technological companies rather than financial services companies. Among them are some the size of Binance, the cryptocurrency exchange that moves the most money in the world, as we had in this other article, or Coinbase, a cryptocurrency platform that is exchange-listed.

The majority of Spanish investors trade cryptocurrencies through them. Because they are foreign companies, the Spanish monetary authorities cannot request information about the identity, amount, origin or destination of money from the people who operate in them, as is the case with regulated financial companies.

According to the new money laundering law, The CNMV interprets that the fact that this type of organization is beyond its control could present an opportunity for committing crimes of this type. For this reason, from the CNMV, they propose that the exchange be “at least” subject to anti-money laundering regulations, is currently in force in Spain and is waiting for the European Parliament to launch the regulation for a cryptoactive market or MiCA, which is still in draft and which they will hopefully pass during the course of 2022.

We are now faced with a double problem: the lack of guarantees for the crypto investor on the one hand and the security risk for the country’s economy as a whole.

In anticipation of the MiCA’s arrival, Spain is taking steps to tighten surveillance of the exchange. The first to agree to the new demands from monetary authorities in Spain was Binance, announced on February 1 on their blog have applied to be included in the Bank of Spain’s register of cryptoactive service providers.

Among the reasons justifying the decision, they argue that it is about verifying that “companies like Binance have procedures and prevention tools related to money laundering and terrorist financing”. Remember, too, that it is so a mandatory registration‘ for all crypto-active companies wishing to operate legally in Spain.

The third reason that justifies this step forward to officially settle in Spain is “Protect our users“. They themselves openly admit in the statement that “in the world of cryptocurrencies, when there are problems, many users find that they don’t even have a place to complain or who to direct their complaint to.”

The new concept “Crypto as a Service”‘

Although many of the crypto users are welcoming Binance’s initiative in Spain, fearing greater control over the treasury, in truth, the same platform offers the key to what is to come in its statement: “All crypto asset companies, both Both Spanish and foreigners wishing to legally operate in Spain must apply for registration sooner rather than later.

Faced with this scenario and to facilitate the transition to all those exchanges that want to work under Spanish and soon European regulation, a new concept has emerged, baptized as Crypto as a Service minted in our country after unification of e-money entity bad and Crypto Custody Startup Onyzeincluding the legendary entrepreneur Eneko Knorr.

Between both institutions, they offer exchanges a solution that allows them to operate under the umbrella of a fiat infrastructure (the current fiduciary money). The joint solution they propose will allow token operators to receive the necessary regulation to operate with greater guarantees. Since then, the platform has represented a paradigm shift in the financial sector allows the creation of services combining traditional currencies (fiat) with crypto assets.

In this way, the technology will allow companies that are on the CNMV “grey list” and companies interested in building a cryptocurrency platform in our country to do so in accordance with market recommendations.

But the biggest advantage after Julian Diaz-Santos, coCEO and co-founder of Unnax, it is for the users and investors of the crypto world that they provide a reliable and secure solution for the custody of their assets.

When Unnax and Onyze talk about “a paradigm shift” with their platform, they are referring to the launch of a tool that is changing the way the crypto market is currently done.

Considering that one of the biggest advantages and allures of crypto is that money can be moved around the world without intermediaries, let’s say a user discovers an interesting offer on the internet to sell a bitcoin for 40,000 euros and decides for the purchase. This money should of course leave the user’s checking account to be sent to the exchange in exchange for 1 Bitcoin.

Once the operation is performed, the user receives a key to access a virtual panel in which there is a record of this operation, which is observed by the blockchain (blockchain) and its miners. However, this does not prevent this platform from disappearing from the virtual map one day and leaving for some tax haven with the money collected. In this situation, the blockchain can do little or nothing to recover that money.

To avoid situations like the one described, the joint solution of Unnax and Onyze, as entities authorized and supervised by the CNMV, proposes an alliance of cryptocurrency platforms from all over the world interested in operating in Spain and in the long term , in Europe, to offer security guarantees to its users.

Through this alliance, investors would have their own virtual wallet protected by a regulated entity (Unnax) that would allow them to secure funds in euros, thus facilitating cryptocurrency acquisitions.

With this technological solution, they intend to kill three birds with one stone, offering convenience, security and legitimacy to exchanges that want to get out of the “grey list” and comply with existing and future regulatory obligations in the Spanish market; the users who operate with them and the monetary authorities.

7 Typical Cryptocurrency Scams and Keys to Avoid Them

The LGTBI collective already has its own cryptocurrency. It’s called Maricoin, a global project born in Chueca

What taxes do you pay when working with cryptocurrencies? 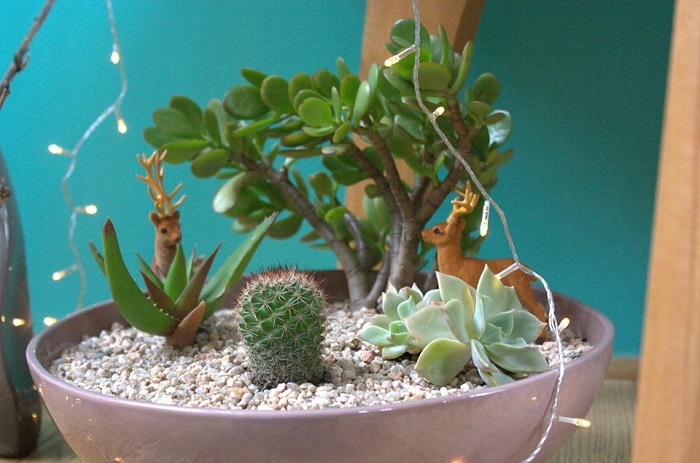 In Tiendanube there are many entrepreneurs dedicated to the manufacture and/or marketing of design objects, relying on the tools offered ...

If you have a good idea in the area of ​​dry cleaning or biocides, Zelnova Zeltia will help you to implement it

Three sisters for an e-commerce with African textiles

star is the international employee, Elena is a journalist and ann, psychologist. They are the three sisters Mayor Radbrand promoter ...

Result of the search for convergence between the culture of entrepreneurship and artistic training, Sen Soireé 1960 comes to Spain, ...

Why is Excel not the solution for your accounting?

Who can deny the wonders of Excel? Who hasn't been seduced by its potential to manage a company's numbers? Let's ...

How does a loyalty program work?

Have you ever thought about this problem in your company: "I invest a lot of budget to attract new customers ...

9 reasons why a company needs a lawyer

1. Protect your relationships with suppliers and customers How many times have you closed a deal over the phone or ...

Investing ideas and not losing purchasing power with inflation

That inflation is one of the problems of the monopolization of information in the first half of 2022. In addition ...

Are fewer people interested in your company? Go to Churn Rate to measure customer satisfaction and see what's going on ...

That High Commissioner for the Spanish Entrepreneurial Nation starts setting up an advisory board, initially composed of 35 entrepreneurs specializing ...

Laptop or desktop: How do I equip my company?

When you need to buy computer equipment for your business, a common question is whether you should buy one computer ...

Names for bars originals! | Just do it

Looking for bar names? Yes? So you are in the right place because today I am going to give you ...

The Créate Foundation celebrates 10 years of service to young entrepreneurs

Entrepreneurship among children and young people and the development of innovative skills in the education system are becoming increasingly common ...

LeBron James Still Fighting for the Ring: The NBA Star’s Business Outside of Basketball

LeBron James is new. The Los Angeles Lakers star is one step away from winning his fourth NBA ring. A ...

Spanish startups that will transform factories

The fourth industrial revolution is already looming with major changes in which startups have a lot to say. In the ...

After five years working in electronics, Vanesa Jordan founded in 2006 together with two colleagues and 18,000 euros E3 style ...

The new ICEX scholarship program will help you push boundaries

ICEX Spain Exports and Investments opens on March 14th Call for the 47th Promotion of the ICEX Business Internationalization Scholarships ...

3 keys to benefiting from the new incentives for affordable housing

The government has created a new figure in the housing stock: affordable housing incentives. It is a new modality added ...

If you want to attract, retain, and retain clients, we bring you customer service strategies for aesthetic services you can ...

Fan token, crypto fever breaks out in football too

The crypto world continues to gain weight, stretching its tentacles to more and more sectors. Now it's up to esports ...

Tactics to get a better price from your suppliers

Keep in mind that more than half of a company's invoices are fixed costs, according to the Spanish Association of ...

VUELING The Punto program is dedicated exclusively to offering free travel, does not differentiate between categories of travelers and is ...

On this Entrepreneur Day you can enjoy a rich program of activities, workshops and conferences that will evolve as follows: ...

What happens if you cannot return your ICO funds?

Publicly guaranteed loans from the Official Credit Institute (ICO) have been one of the main sources of funding for entrepreneurs ...

Aere Sculptures, the company that strives to confirm the success of Lladró

For Pablo Picasso, sculpture was the art of intelligence. The trouble is that until now most artists have put that ...

The first question a couple sharing a business must ask themselves before deciding on a divorce is the marital economic ...

Microsoft 365 or Google Apps Bundle: Which is the Best Office Software?

It is common for an entrepreneur to have doubts when choosing a company office software. To help you make that ...

“They call us the Basque Ikea. We had so many orders that we were on the verge of collapse.”

"Be careful what you wish for, because it can come true." Attributed to this set Oscar Wilde takes on its ...